Faces of One Million Degrees 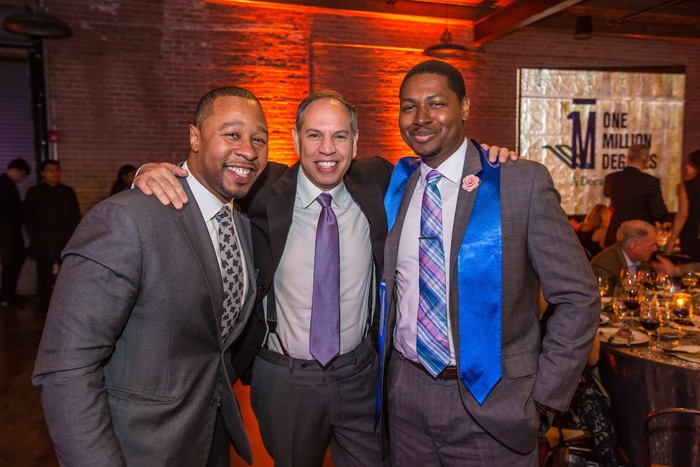 “KNOWING THAT WE WERE ABLE TO PLAY EVEN A SMALL ROLE IN THE SCHOLAR’S SUCCESS IS THE KIND OF REWARD THAT IS DIFFICULT TO DESCRIBE… NO MATTER WHAT ELSE I’M ABLE TO DO IN LIFE, I DOUBT THAT ANYTHING WILL DELIVER THE SAME KIND OF SATISFACTION THAT OMD HAS PROVIDED.”

Michael Golden is one of the founding board members of OMD, and has remained deeply involved since birth of OMD 10 years ago as the Illinois Education Foundation, initially serving a handful of students, to the thriving organization that it has grown into, serving over 800 scholars. He describes the way he and David Scherer, another founding board member, began the mission: “We walked into people’s offices and literally told them that we were tired of reading studies about how to help community college students; we insisted on doing something about it, NOW.” Their initial hard work has paid off many times over, touching and forever changing the lives of hundreds of people.

Being so connected to OMD for so many years has left its mark on Michael: “There is no way to describe being able to see our scholars fight through their challenges, make personal connections with each other, and achieve their goals and dreams. . . No matter what else I’m able to do in life, I doubt that anything will deliver the same kind of satisfaction that OMD has provided.” He attends Scholar Awards and Appreciation Nights, where “the feeling of community is palpable, powerful, and wonderful.” As for the future of OMD, Michael sees “no limit to the potential growth in our scholar ranks. And that is the whole goal: more empowerment. More scholars. More degrees. More success. ” There is no doubt that OMD was shaped by the passion and perseverance that Michael imbued into OMD.